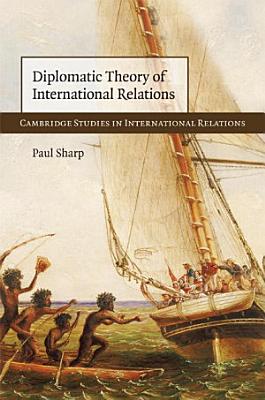 Diplomacy does not take place simply between states but wherever people live in different groups. Paul Sharp argues that the demand for diplomacy, and the need for the insights of diplomatic theory, are on the rise. In contrast to conventional texts which use international relations theories to make sense of what diplomacy and diplomats do, this book explores what diplomacy and diplomats can contribute to the big theoretical and practical debates in international relations today. Sharp identifies a diplomatic tradition of international thought premised on the way people live in groups, the differences between intra- and inter-group relations, and the perspectives which those who handle inter-group relations develop about the sorts of international disputes which occur. He argues that the lessons of diplomacy are that we should be reluctant to judge, ready to appease, and alert to the partial grounds on which most universal claims about human beings are made.