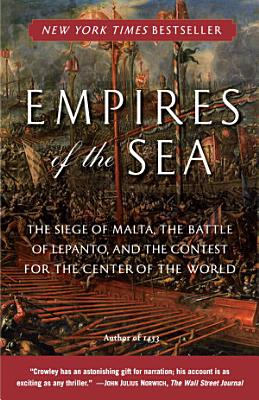 In 1521, Suleiman the Magnificent, Muslim ruler of the Ottoman Empire, dispatched an invasion fleet to the Christian island of Rhodes. This would prove to be the opening shot in an epic clash between rival empires and faiths for control of the Mediterranean and the center of the world. In Empires of the Sea, acclaimed historian Roger Crowley has written a thrilling account of this brutal decades-long battle between Christendom and Islam for the soul of Europe, a fast-paced tale of spiraling intensity that ranges from Istanbul to the Gates of Gibraltar. Crowley conjures up a wild cast of pirates, crusaders, and religious warriors struggling for supremacy and survival in a tale of slavery and galley warfare, desperate bravery and utter brutality. Empires of the Sea is a story of extraordinary color and incident, and provides a crucial context for our own clash of civilizations.