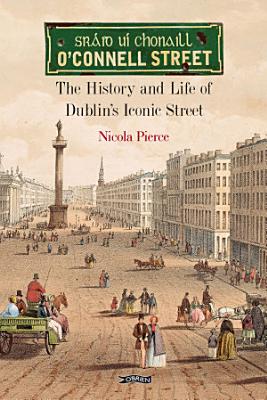 O'Connell Street is at the heart of Dublin. It has been through name changes and revolutions, destruction and rebuilding and remained at the heart of the story of Ireland for centuries. Nicola Pierce explores the people, the history, the buildings and the stories behind the main street in our capital city. Packed with stories of the people connected to the streets, from the subjects of the statues, to the sculptors that created them, from those who owned and developed the street since the days of St Mary’s Abbey in 1147, to those who worked and lived there through the centuries and all the drama and scandals that went on both on the street and behind closed doors. O'Connell Street will also feature more personal, anecdotal stories of the cinemas, meeting under Clery’s clock, buying engagement rings at The Happy Ring House, witnessing motorcades such as the Apollo XIII coming down the street, the heyday of film stars staying at the Gresham, and scandals and murders on the street.

Authors: Nicola Pierce
Categories: History
O'Connell Street is at the heart of Dublin. It has been through name changes and revolutions, destruction and rebuilding and remained at the heart of the story

Report of the O'Connell Monument Committee

Authors: Alan O'Day
Categories: History
From the mid-1860s to 1914 the Irish problem was frequently the prime issue in British politics. Quantitatively it absorbed more time and energy than any other

Butler and Brooke's: National Directory of Victoria, for 1866-67

Life and Times of Daniel O'Connell

Authors: Mick O'Farrell
Categories: History
Even those who know a great deal about the Easter Rising may not know that there were temporary ceasefires in the St Stephen's Green area, to allow the park att