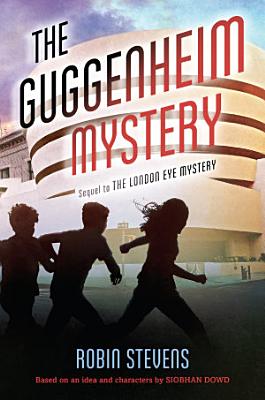 The adventure that began in Siobhan Dowd's popular and acclaimed novel The London Eye Mystery at long last continues with Ted, Kat, and their cousin Salim investigating a theft at the Guggenheim Museum that's been pinned on Salim's mother! When Ted and his big sister, Kat, take a trip to New York to visit their cousin Salim and their aunt Gloria, they think they're prepared for big-city adventures. But when a famous painting is stolen from the Guggenheim Museum, where Aunt Gloria works, the surprises begin to mount faster than they could have anticipated. With the police looking at Aunt Gloria as the prime suspect, Ted, Kat, and Salim become sleuthing partners, following a trail of clues across NYC to prove her innocence--and to pinpoint the real thief. Ultimately, it comes down to Ted, whose brain works in its own very unique way, to find the key to the mystery. "Fast-paced, suspenseful, but never scary, a middle-grade mystery with a singular voice and a welcome continuation of the Sparks' adventures." -- Kirkus Reviews "Swift pacing and smartly integrated clues allow readers to make connections along with the characters. Stevens's portrayal of Ted, who is on the autism spectrum, is positive and empowering" -- School Library Journal "A welcome return for this dynamic trio." -- Booklist

Authors: Robin Stevens
Categories: Art thefts
My name is Ted Spark. I am 12 years and 281 days old. I have seven friends. Three months ago, I solved the mystery of how my cousin Salim disappeared from a pod

Authors: Bloomsbury Publishing
Categories: Reference
Foreword by award-winning illustrator Smriti Prasadam-Halls. The indispensable guide to writing for children of all ages from pre-school to young adults, this Y