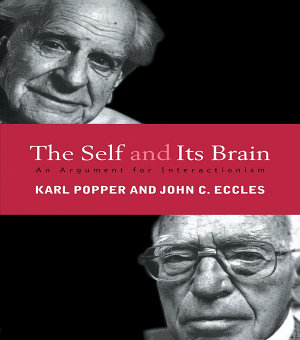 The relation between body and mind is one of the oldest riddles that has puzzled mankind. That material and mental events may interact is accepted even by the law: our mental capacity to concentrate on the task can be seriously reduced by drugs. Physical and chemical processes may act upon the mind; and when we are writing a difficult letter, our mind acts upon our body and, through a chain of physical events, upon the mind of the recipient of the letter. This is what the authors of this book call the 'interaction of mental and physical events'. We know very little about this interaction; and according to recent philosophical fashions this is explained by the alleged fact that we have brains but no thoughts. The authors of this book stress that they cannot solve the body mind problem; but they hope that they have been able to shed new light on it. Eccles especially with his theory that the brain is a detector and amplifier; a theory that has given rise to important new developments, including new and exciting experiments; and Popper with his highly controversial theory of 'World 3'. They show that certain fashionable solutions which have been offered fail to understand the seriousness of the problems of the emergence of life, or consciousness and of the creativity of our minds. In Part I, Popper discusses the philosophical issue between dualist or even pluralist interaction on the one side, and materialism and parallelism on the other. There is also a historical review of these issues. In Part II, Eccles examines the mind from the neurological standpoint: the structure of the brain and its functional performance under normal as well as abnormal circumstances. The result is a radical and intriguing hypothesis on the interaction between mental events and detailed neurological occurrences in the cerebral cortex. Part III, based on twelve recorded conversations, reflects the exciting exchange between the authors as they attempt to come to terms with their opinions.